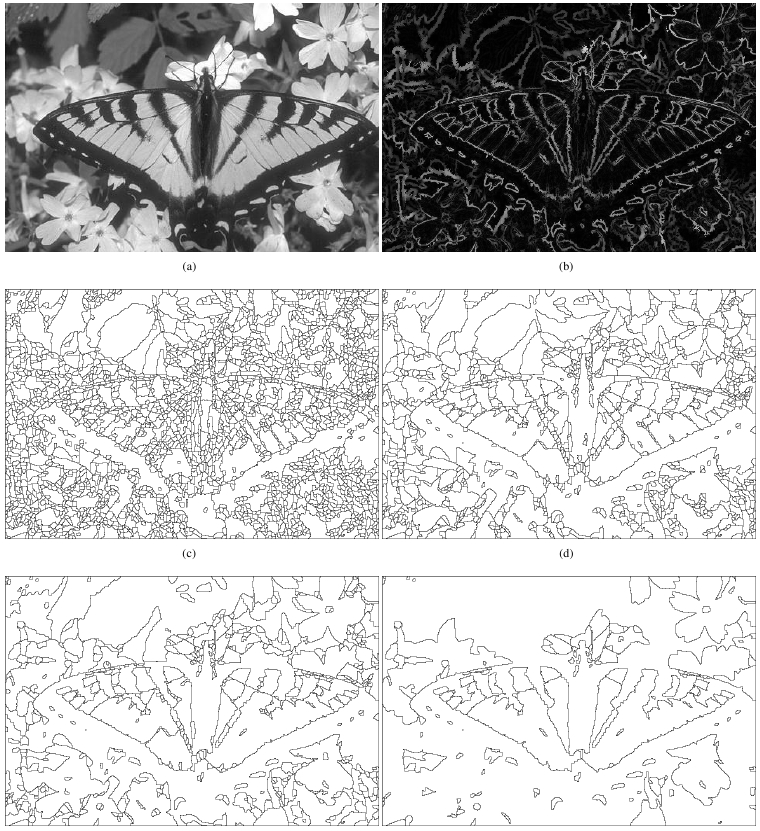 This research theme is concerned with the problem of low level image segmentation, or partitioning an image into regions, that represent low level image structure. A region is characterized as possessing a certain degree of interior homogeneity and a contrast with the surround which is large compared to the interior variation. This is a satisfactory characterization from both perceptual and quantitative viewpoints. Homogeneity and contrast may be defined differently: A region may be uniform, in which case its contrast with the surround must be large; alternatively, a region may be shaded, in which case the local contrast across a boundary point must be large compared to the interior variation on each side. The sizes, shapes, types of homogeneity, and contrast values of regions in an image are a priori unknown. The goal is the accurate detection of regions without using rigid, geometric, and photometric models and automatic estimation of all scales associated with an image.