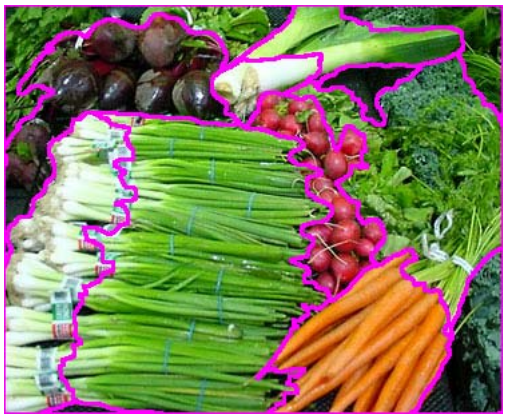 Given an arbitrary image, our goal is to segment all distinct texture subimages. This is done by discovering distinct, cohesive groups of spatially repeating patterns, called texels, in the image, where each group defines the corresponding texture. Texels occupy image regions, whose photometric, geometric, structural, and spatial-layout properties are samples from an unknown pdf. If the image contains texture, by definition, the image will also contain a large number of statistically similar texels. This, in turn, will give rise to modes in the pdf of region properties. Texture segmentation can thus be formulated as identifying modes of this pdf. To this end, first, we use a low-level, multiscale segmentation to extract image regions at all scales present. Then, we use the meanshift with a new, variable-bandwidth, hierarchical kernel to identify modes of the pdf defined over the extracted hierarchy of image regions. The hierarchical kernel is aimed at capturing texel substructure.